Collaborative surveys off to a good start in Guinea

Collaborative surveys off to a good start in Guinea 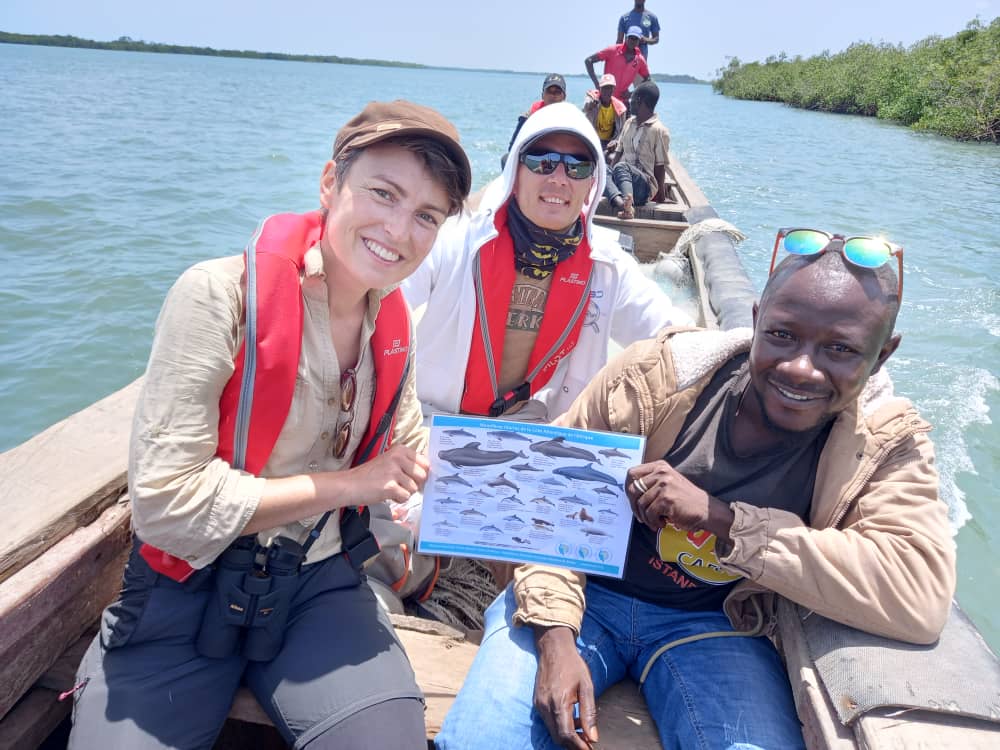 In June 2022, the CCAHD, Biotope, the National Aquatic Science Centre of Bussuara (CNSHB) and Guinée Ecologie conducted the first boat surveys as part of  a collaborative project on the study and conservation of Atlantic humpback dolphins in Guinea.

During 3 weeks, an international team composed of researchers from Guinea, France and Slovenia collected information on the occurrence, habitat use, numbers and behaviour of Atlantic humpback dolphins off the Río Nuñez Estuary and around the Tristao Islands, building on previous work by Weir (2015) and Bamy et al. (2021). Methods included boat-based line-transect surveys and photo-identification. With the latter method researchers hope to construct a catalogue of naturally marked individuals, which can enable the estimation of population size of these animals, as well as a better understanding of their residency patterns and movements.

Despite relatively challenging weather conditions, the team recorded five sightings of this endemic and Critically Endangered species, including a group of 12 animals and several sightings of mother-calf pairs.  The team also obtained photographs for individual identification. Sampling environmental parameters such as sea surface temperature, salinity and depth, will enable the team to analyse and better understand the habitat use of these animals and identify potential key habitats for their survival. 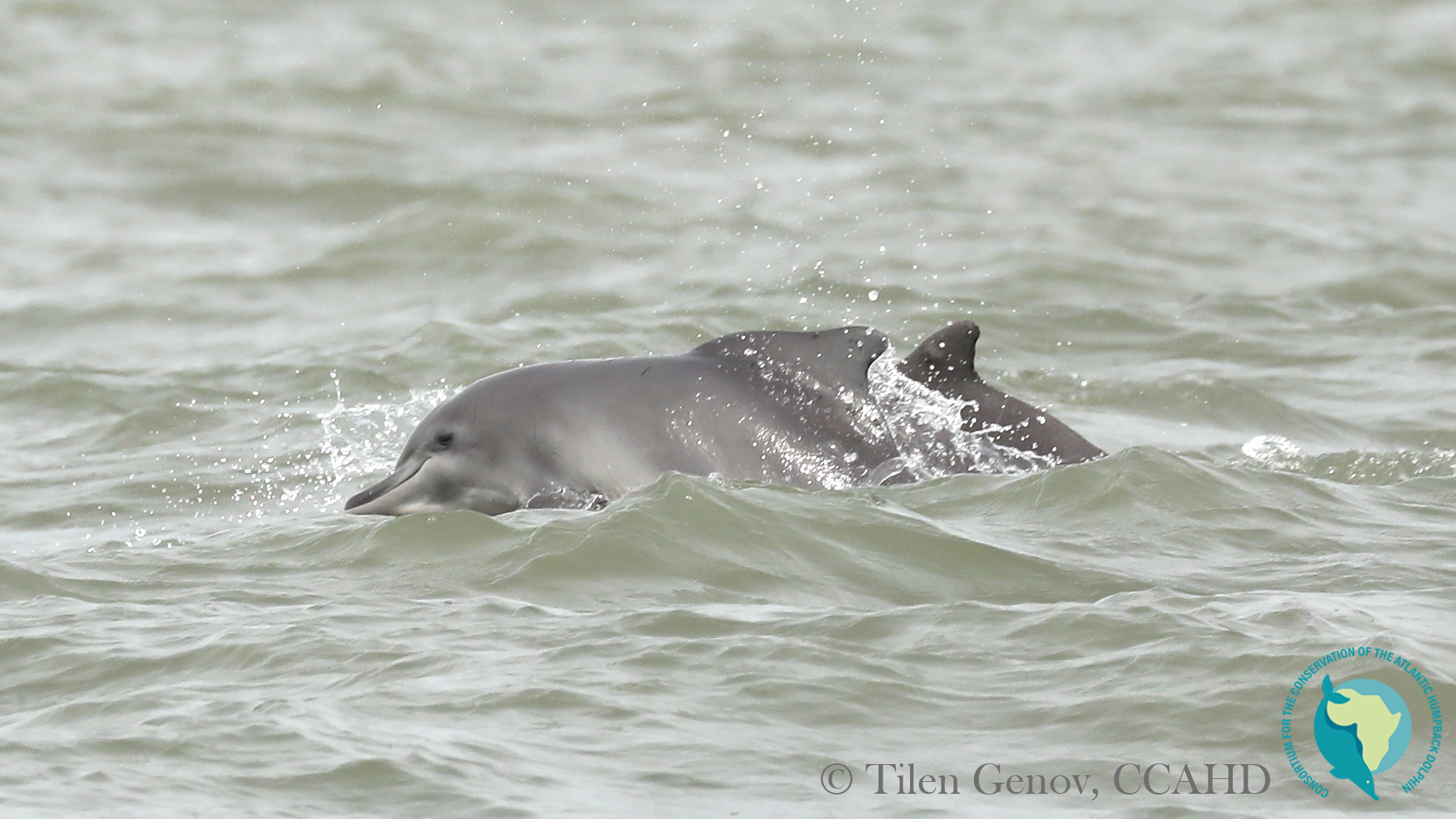 Atlantic humpback dolphins off the island of Taidi, Guinea.

In addition to the fieldwork and data collection, capacity building and community outreach are core components of the project.  The team included a Guinean student who plans to use some of the data collected in her MSc degree.  Collaborations, partnerships and synergies were also developed with local fishermen, fisheries authorities and marine protected area managers. In preparation for a wider, more structured local ecological knowledge interview survey study in Guinea and other AHD range countries, the team held several informal discussions with local fishermen and communities, yielding a better understanding of the diversity and occurrence of whale and dolphins in the area, which will help guide further research efforts. Newly forged relationships will help augment the collection of data on sightings and strandings of Atlantic humpback dolphins, through direct involvement of local fishermen.  Community focal points based in Kamsar and Katfoura on the Island of Tristao have been given smartphones and/or simple protocols that they can use to report sightings or strandings of cetaceans to the research team.

The team is excited by this new project and will be heading back to the field in November, 2022. Watch this space, as well as the CCAHD Facebook and Twitter accounts for more news and updates.

The project is supported by Mubadala Investment Company and its asset GAC and managed by the Mohamed Bin Zayed Species Conservation Fund (MBZ Fund). 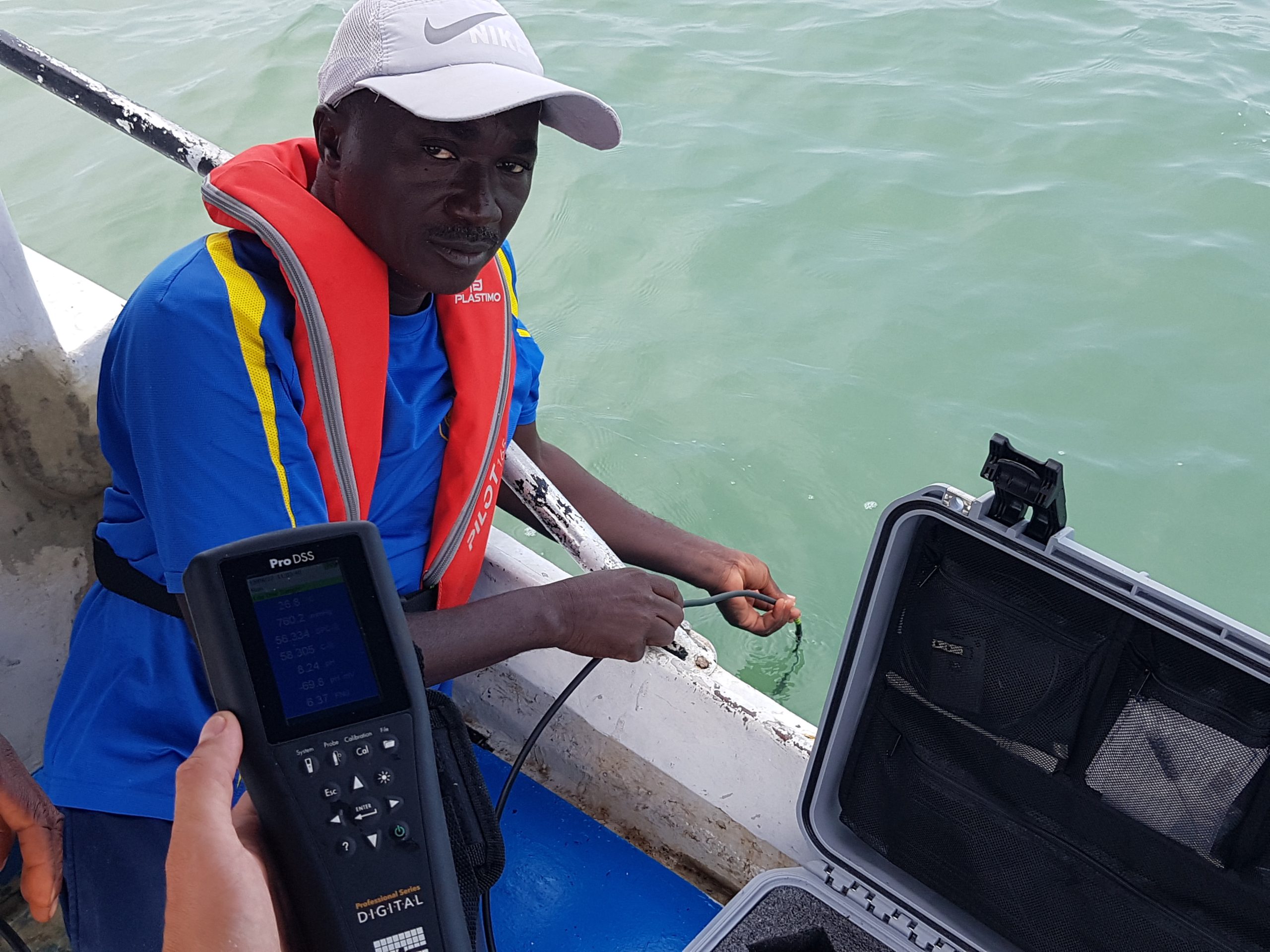 Aboubacar Sane, from the CNSHB collects data on depth, temperature, salinity and turbidity during the survey. 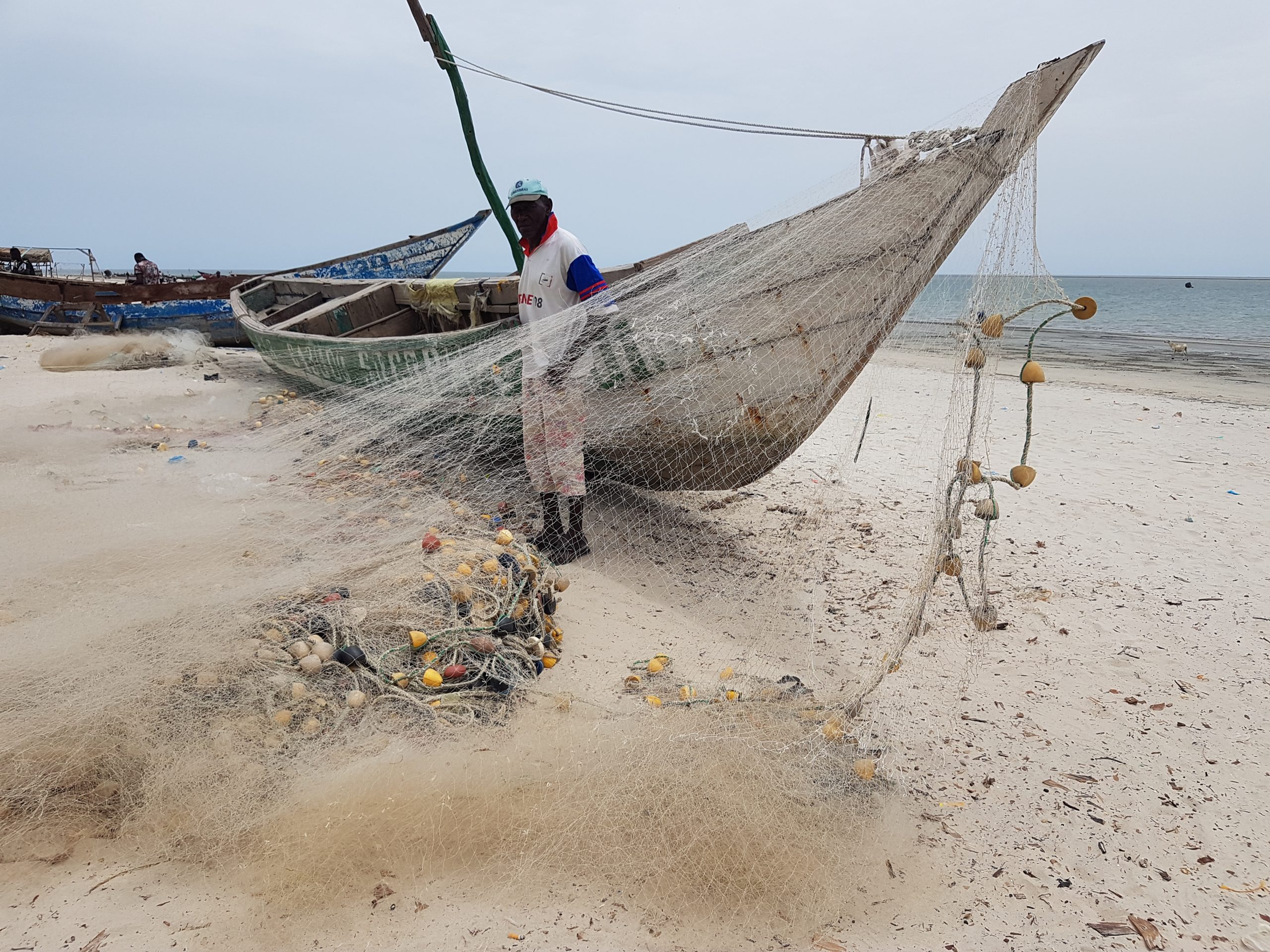 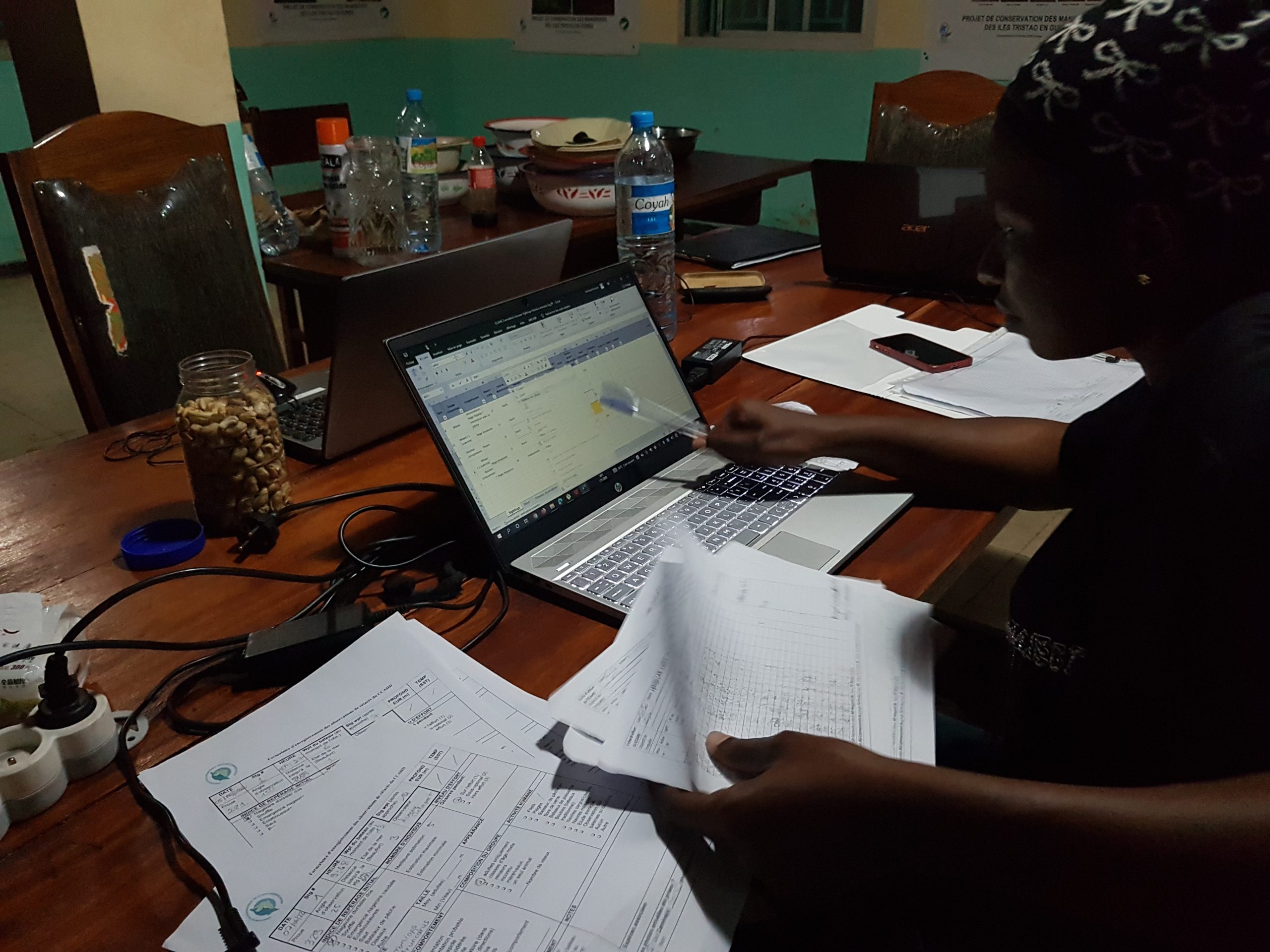 Guinean student and intern, Aminata, enters the day’s data into a computer database. 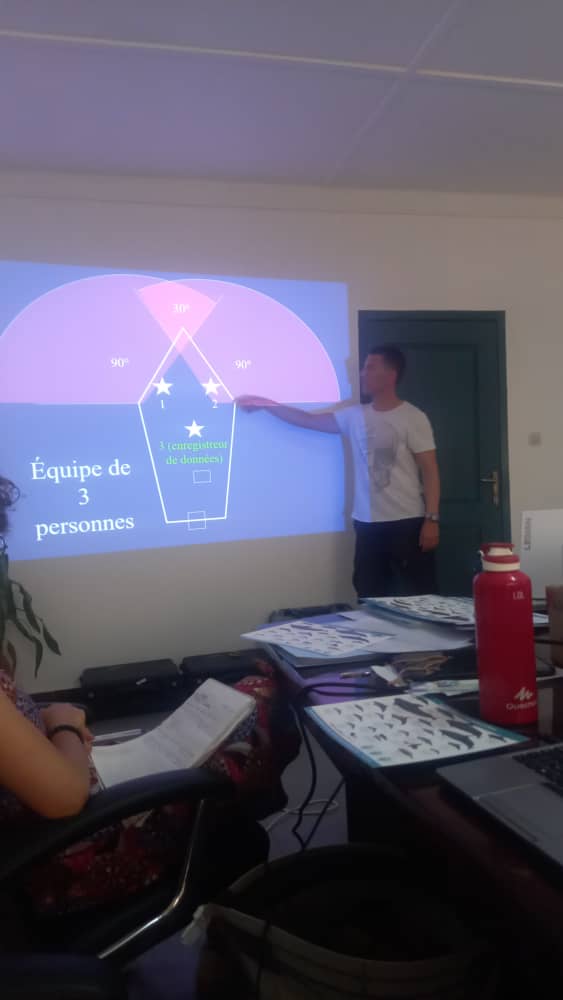 Prior to commencing boat work, the whole team participated in classroom based training on cetacean biology and ecology as well as boat survey methodology and protocols. 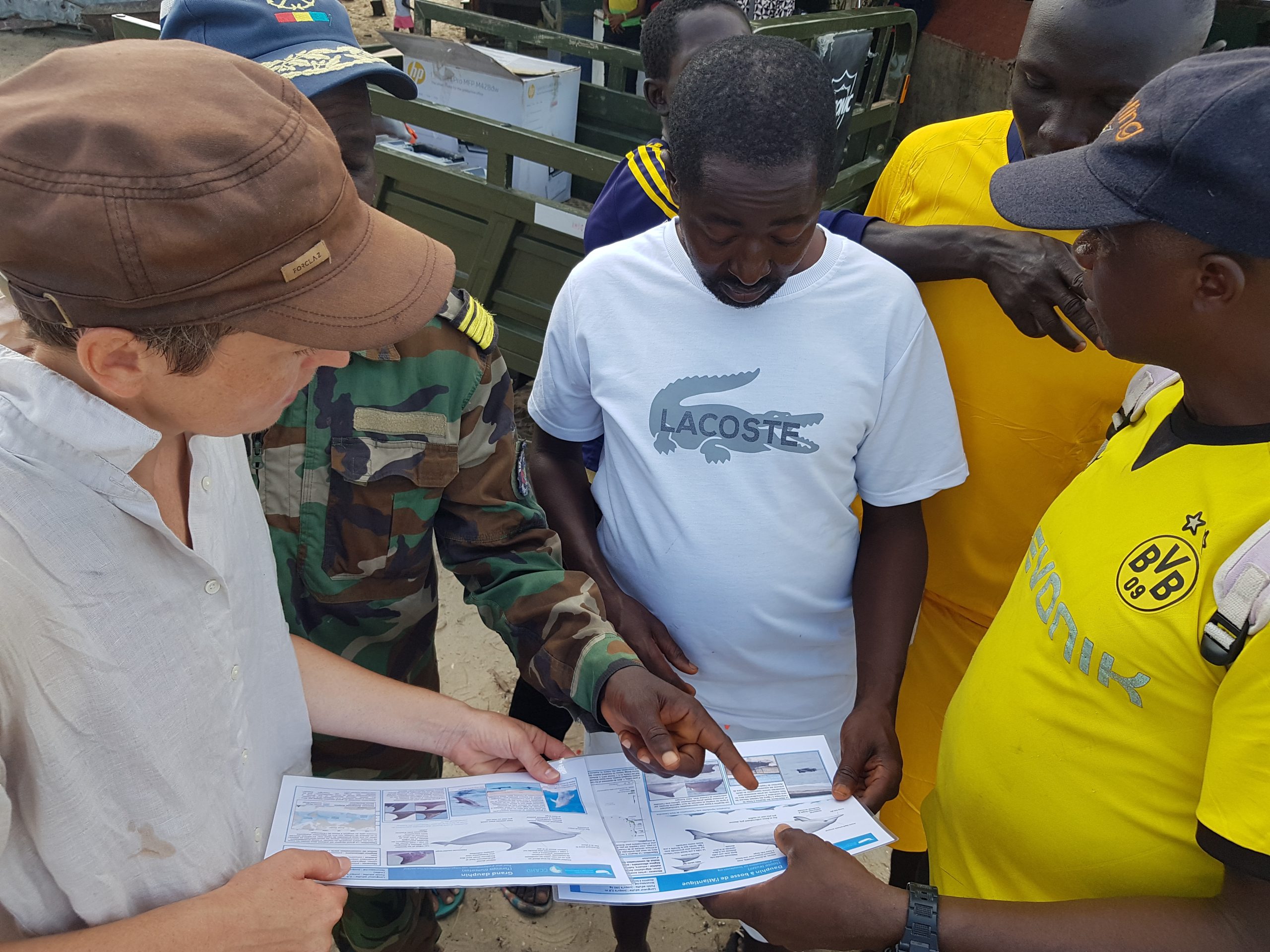 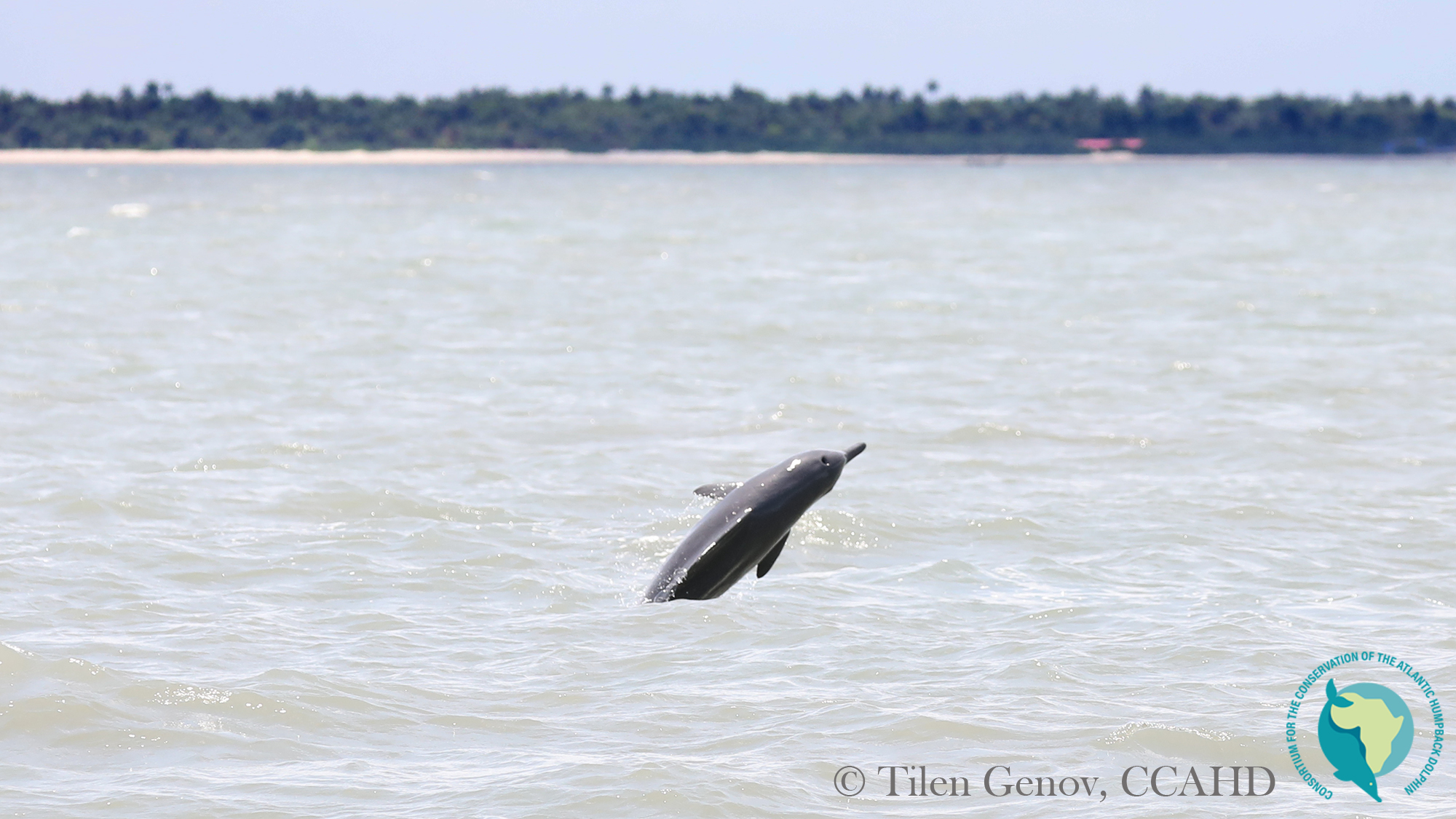