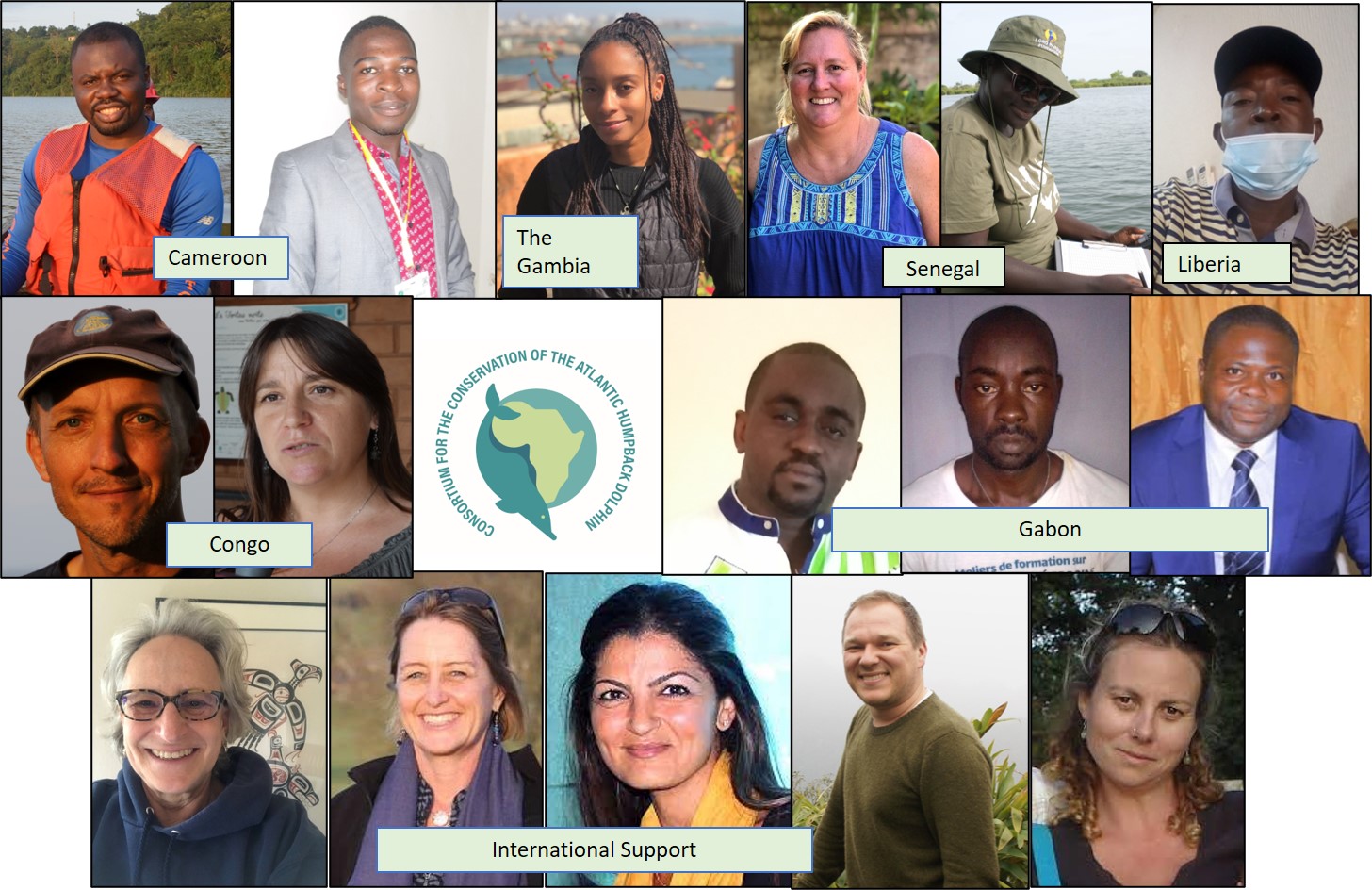 In 2022, a coalition of CCAHD partners will begin work on a project funded by the Society for Marine Mammalogy (SMM) titled: ‘Harnessing local ecological knowledge to fill data gaps and support conservation of the Critically Endangered Atlantic humpback dolphin’.  The project is one of the first to be funded under the SMM’s new Conservation Fund.  This project maximizes the potential of the collaboration within the CCAHD by pairing international expertise in interview-based studies to document local ecological knowledge (LEK) with developing scientists in six range countries for the Critically Endangered Atlantic humpback dolphin (AHD).  Funds will be used to support interview survey campaigns in Congo, Gabon, Cameroon, Liberia, The Gambia and Senegal.  International scientists with published track records in  interview based survey techniques to elucidate distribution, conservation status, and threats to marine mammals, will work with local scientists to design a standard interview template that can be tested, adapted, and implemented with fishers and other marine and coastal stakeholders throughout the species’ range.  International scientists will also provide training in interview techniques and support for data analysis, while range country scientists will be responsible for implementing the interviews, collaboratively analyzing results, and applying results to design effective conservation measures in their countries.  The project represents a relatively low-cost means to collect data on the species over a wide geographical range, and has the potential to vastly improve our understanding of the species and ability to prevent further decline.

The project will build on previous interview and fish-landing site surveys in the region that highlight the threat of bycatch in small-scale coastal fisheries as well as some ongoing direct hunting (see, for example Moore et al. 2010,   Van Waerebeek et al. 2017).  We hope that the questionnaire, interview protocol and methods developed can be used in other AHD range countries, including a parallel project that will be taking place in Guinea.

Watch this space for updates as the project progresses!