The CCAHD’s legal form is a Foundation (‘Stichting’) under Dutch law, with its seat in Amsterdam,  the Netherlands.  The CCAHD Foundation is guided by a Management Board and a Supervisory Board which are both composed of international and Sousa teuszii range country members.  The Foundation is supported by a Secretariat, which is currently based in the Netherlands. 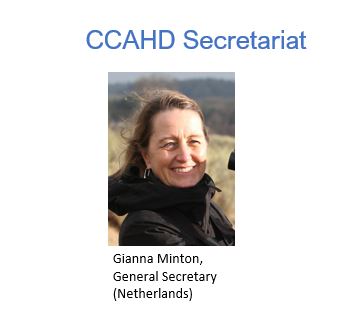 Over 70 individuals and organsiations from 15 of the 19 Sousa teuszii range countries and beyond participate in an email forum and 11 working groups focusing on different aspects of work towards the conservation of Atlantic humpback dolphins.  These were established to evaluate and prioritize the actions needed to implement conservation projects on the ground, and to create the resources and capacity needed for local stakeholders to engage in research, monitoring, awareness-raising, and conservation planning.  The outcome of these working groups’ systematic prioritization of conservation actions can be found in this report.  The CCAHD is now working to raise funds and implement those priority activities.

The current CCAHD working group themes and convenors are as follows (for more information please contact The CCAHD Secretariat and/or teh relevant working group convener):