The occurrence of Atlantic humpback dolphins in Angola was only confirmed in 2004, when an amateur naturalist provided photographs of the species taken during while kayaking along the coast of Namibe Province in the southernmost region of Angola. Those records (latitude 15º33’S) considerably expanded the known range of Atlantic humpback dolphins southwards from the Republic of Congo (latitude 4º30’S), and therefore raised questions about the potential isolation of what might comprise a remnant population at the edge of the species distribution range.

During 2008, Ketos Ecology carried out a targeted study to assess the status of Atlantic humpback dolphins in the Flamingos region of Namibe Province, and provide baseline data on their distribution and population size that could potentially inform future conservation management. Small boat and shore-based surveys were carried out during January (summer) and July (winter) respectively, to investigate whether there was seasonality in dolphin distribution and abundance. 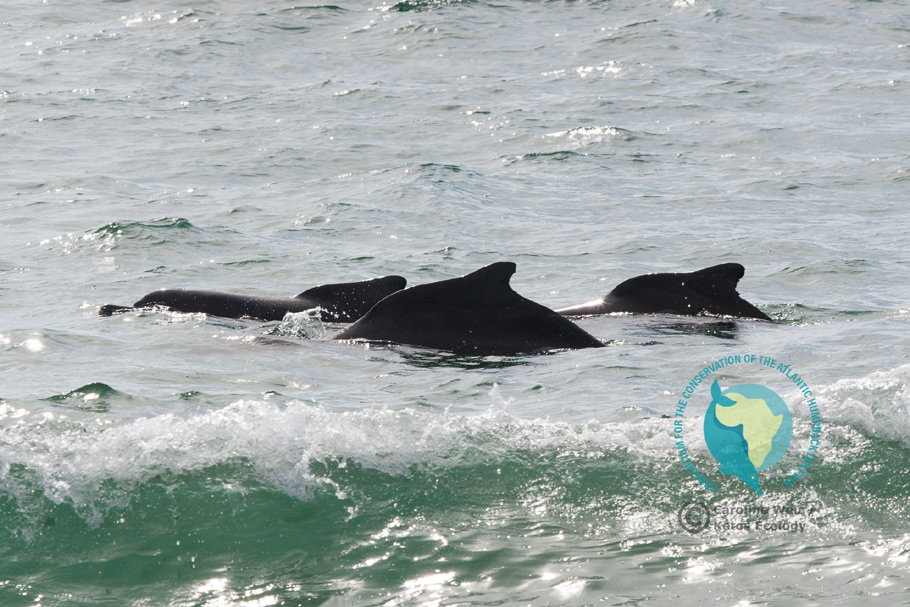 Sightings of Atlantic humpback dolphins were regular in the study area during both January and July. However, photo-identification work revealed that only nine individuals were (repeatedly) encountered in the study area during January. Those same animals were recorded again in July, with the sole addition of a small calf that had been born between the two field visits. The project comprised the first targeted attempt to photo-identify a population of Atlantic humpback dolphins, demonstrating that the method could be applied to the species and generating the first abundance estimate anywhere in the species range. Focal follows of individuals and groups of dolphins during the project also provided the first systematic data on Atlantic humpback dolphin behaviour, social affiliations, and habitat use. The study area consisted of open exposed coasts bordered by sandy beaches or cliffs, and humpback dolphins primarily remained within 800 m of the shoreline and often immediately behind the breaking surf. Travel and foraging comprised the core behaviours; foraging animals frequently worked relatively small spatial areas for several hours while hunting prey, particularly during the rising tide. Photographic data indicated that the 10 dolphins consisted of a core group of 7 animals (including a juvenile and two calves), one adult that associated with the core group during winter but was more solitary during summer, and two additional adults that were mostly solitary. On several occasions during the January survey, a hydrophone was deployed to collect data on the vocalisations of humpback dolphins. The acoustic recordings revealed that Atlantic humpback dolphins produced relatively low frequency whistles compared to many other marine dolphin species, perhaps as an adaptation for effective communication in the noisy inshore environment that they inhabit. 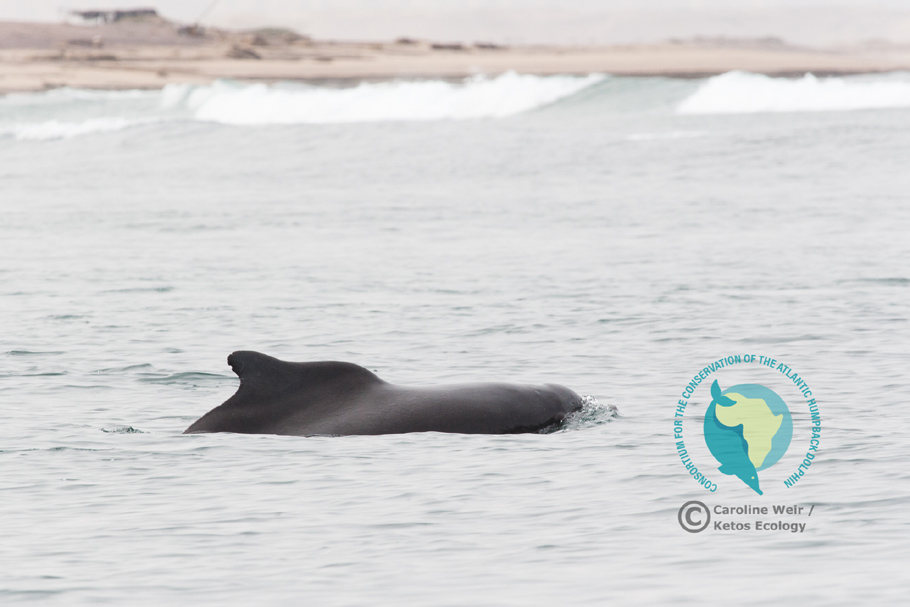 The Angola project comprised a pioneering systematic field study of the species, and its success formed the basis for several subsequent similar baseline surveys. However, the discovery of only 10 animals in the Flamingos study population raises considerable conservation concerns, particularly given daily observations of artisanal gillnets deployed by local fishers within the study area. Occasional reports indicate that Atlantic humpback dolphins are still present at Flamingos (as of 2020), but no further studies of the species have occurred in the region. Another assessment of this small and apparently isolated population is long overdue, and will be the focus of future funding applications. 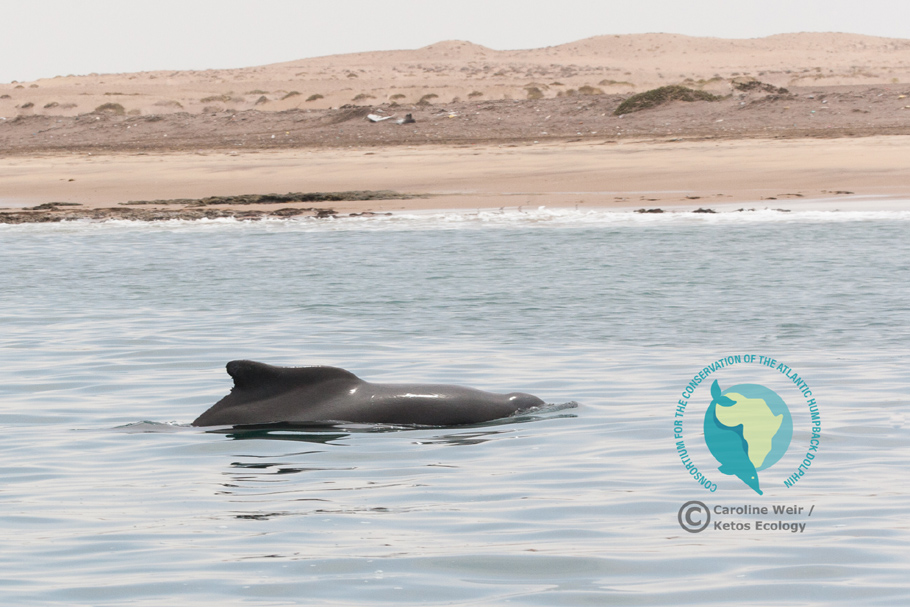 The Angola work in 2008 was funded by Ketos Ecology, and small grants from Whale and Dolphin Conservation and the University of Aberdeen (UK) Small Grants Fund.

During 2008, Ketos Ecology carried out a targeted study to assess the status of Atlantic humpback dolphins in the Flamingos region of Namibe Province, and provide baseline data on their distribution and population size. 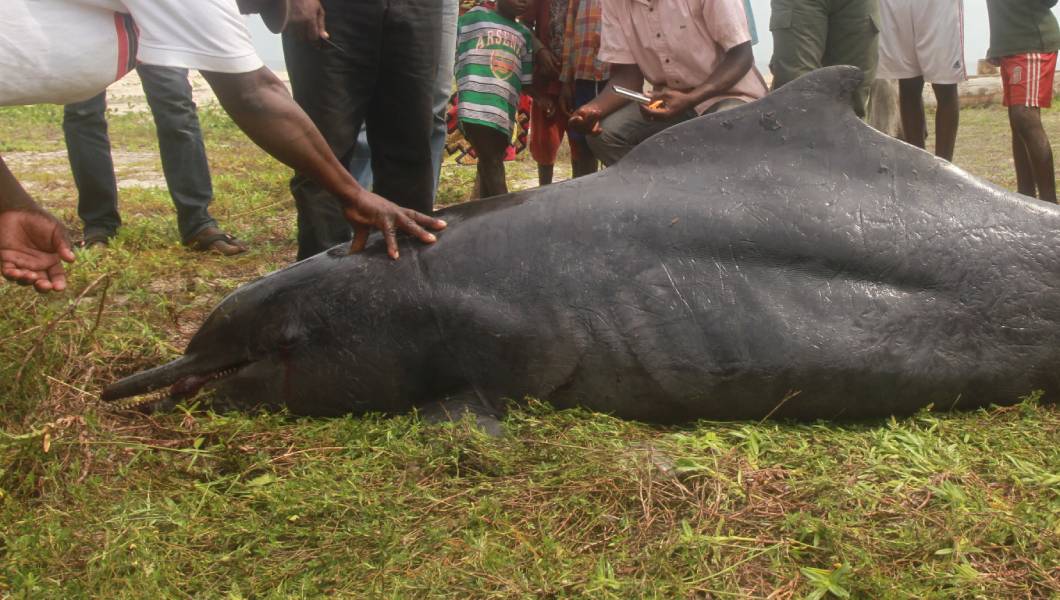 Work on Atlantic humpback dolphins in Conkouati-Douli National Park (CDNP) began in 2009 and continued uninterrupted until 2016. 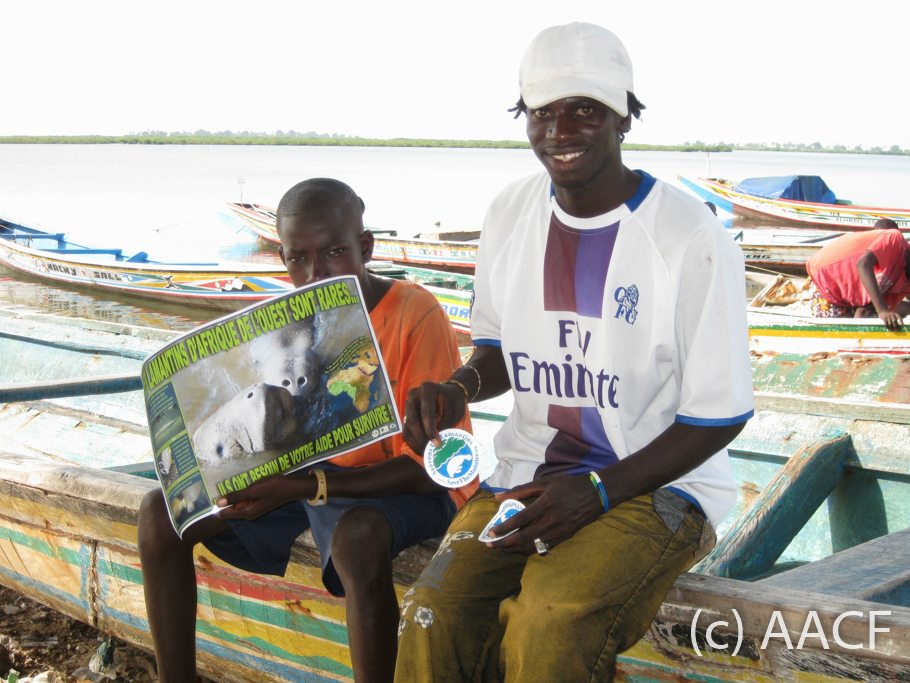 Educational work by the AACF in Senegal

The African Aquatic Conservation Fund’s education and awareness program on marine protected species for schools in Senegal is focused on African manatees, cetaceans, and sea turtles.