On Thursday, May 12th, the collaborative project titled ‘Conservation assessment of the Atlantic humpback dolphin in Guinea’ was officially launched.  The project is being implemented by the CCAHD in close collaboration with the Biotope International, Biotope Guinea, the Centre National des Sciences Halieutiques de Boussoura (CNSHB), Guinee Ecologie, and a range of local stakeholders. 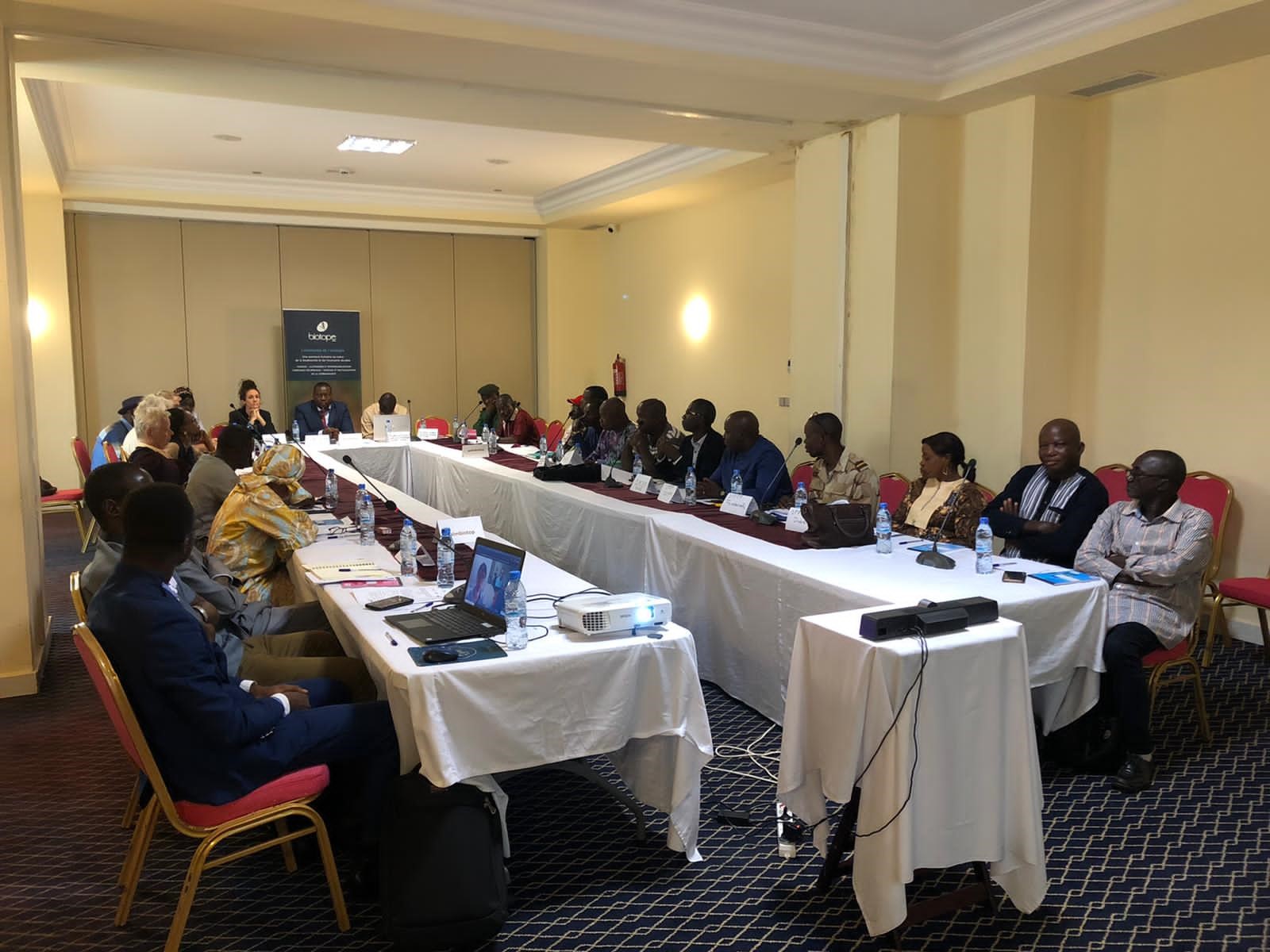 Government, university, and NGO stakeholders at the project launch for the MBZ-Fund supported Atlantic humpback dolphin, African manatee and marine turtle projects in Guinea on May 12th (photo courtesy of Biotope Guinea).

Biotope Guinea organised and hosted a meeting to formally launch the dolphin project and to discuss the project along with parallel MBZ Fund projects in Guinea focusing on marine turtles and African manatees with a range of government stakeholders.  Thirty participants from government agencies responsible for the environment, protected areas, fisheries and research, as well as universities and NGOs, were present in person for the half day workshop.  Additional virtual participation allowed CCAHD members outside of Guinea to take part in presentations and discussions.  Presentations on the African manatee, Dolphin and Turtle Projects  provided participants with background on each target species, their conservation status and threats, and the approach that each project will take to address knowledge gaps preventing effective conservation, and to build local capacity for research and conservation action.  The Atlantic humpback dolphin project presentation was adapted from the master presentation created for CCAHD partners for government and industry stakeholder engagement, and also featured the CCAHD infographic summarising the biology, ecology, conservation status and threats to Atlantic humpback dolphins.

A lively discussion following the three presentations revealed great interest and enthusiasm to learn more about the focal species and to be involved in planning for their protection.  As was the case in previous government engagement meetings held in Gabon, Cameroon and Senegal, many participating stakeholders realised that they had overlapping responsibilities, and that more frequent communication and collaboration between different government agencies as well as non-governmental stakeholders would be required to ensure effective planning and protection for these threatened species.

The meeting was held in advance of the the project’s first boat-based surveys, which will be conducted in the coastal waters of north-western Guinea in June 2022. The team will include international scientists from the CCAHD with extensive experience in nearshore surveys for endangered cetacean species, ecologists from Biotope, who are hosting the project, and scientists from Guinean research institutes and NGOs.  Surveys will focus on a systematic coverage of the  nearshore waters between Kamsar and the Tristao islands to document the dolphins’ distribution and habitat preferences, collecting data on depth, temperature, salinity, and turbidity at regular intervals. In addition, the team will conduct photo-identification studies to generate abundance estimates, and better understand dolphins’ movements, range, residency patterns and social structures. The surveys will also document human activity that may impact the dolphins or their habitat, including fishing, aquaculture, vessel traffic and mangrove clearing.

The project is supported by Mubadala Investment Company and its asset GAC and managed by the Mohamed Bin Zayed Species Conservation Fund (MBZ Fund).

Watch this space for updates as the project progresses!

Participants engaging in discussion related to the target species and the need for stakeholders to communicate and collaborate for their protection (Photos courtesy of Jacques Fretey, Cheloniee).