In November 2020, the IUCN Species Survival Commission (SSC) Cetacean Specialist Group was awarded an IUCN SSC EDGE grant to support the development of tools to engage government stakeholders in Atlantic humpback dolphin (AHD) range countries and to hold engagement meetings in at least three countries.  Under this project, an infographic was designed to highlight the most salient aspects of the species’ conservation status and needs. It can be downloaded in English, French and Portuguese from the CCAHD website. 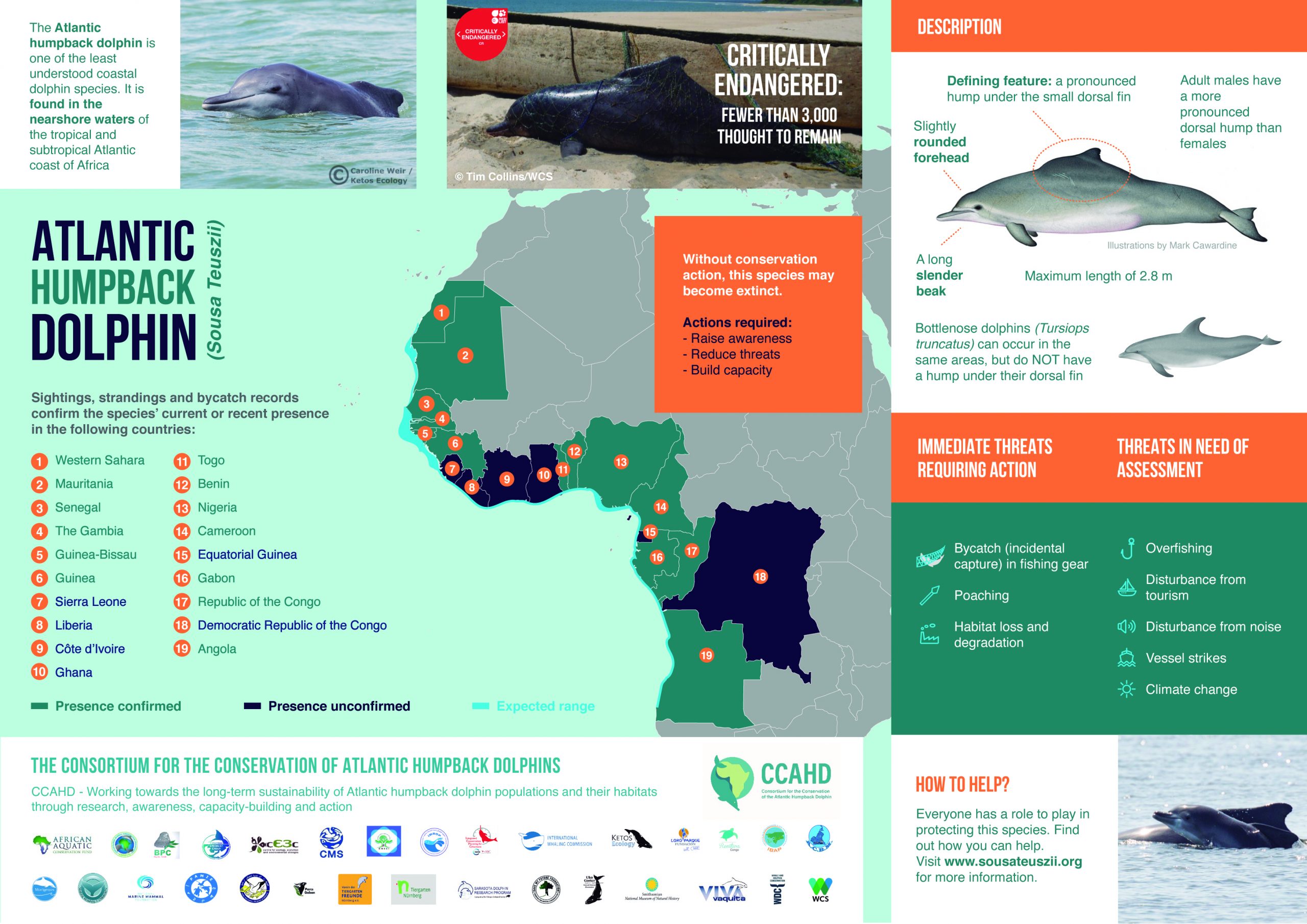 Additionally, a ‘master’ power point presentation was developed that covers basic aspects of the species’ ecology and conservation status, current conservation frameworks, and recommended conservation actions based on the CCAHD priorities report.  This power point presentation has been translated into French, English, and Portuguese, and shared with all CCAHD members.  It is designed to be adapted for use in each range country to support government or industry stakeholder engagement meetings.

Two meetings have been held so far:

Participants and resources used from the multi-stakeholder engagement meeting held in Gabon on June 17th.

The third meeting is planned to take place in Cameroon on July 29th, and will be jointly hosted by the African Marine Mammal Conservation Organisation (AMMCO) and the Association Camerounaise de Biologie Marine (ACBM).  The future goal will be to use these three initial meetings as a baseline from which to host similar meetings in other AHD range states.