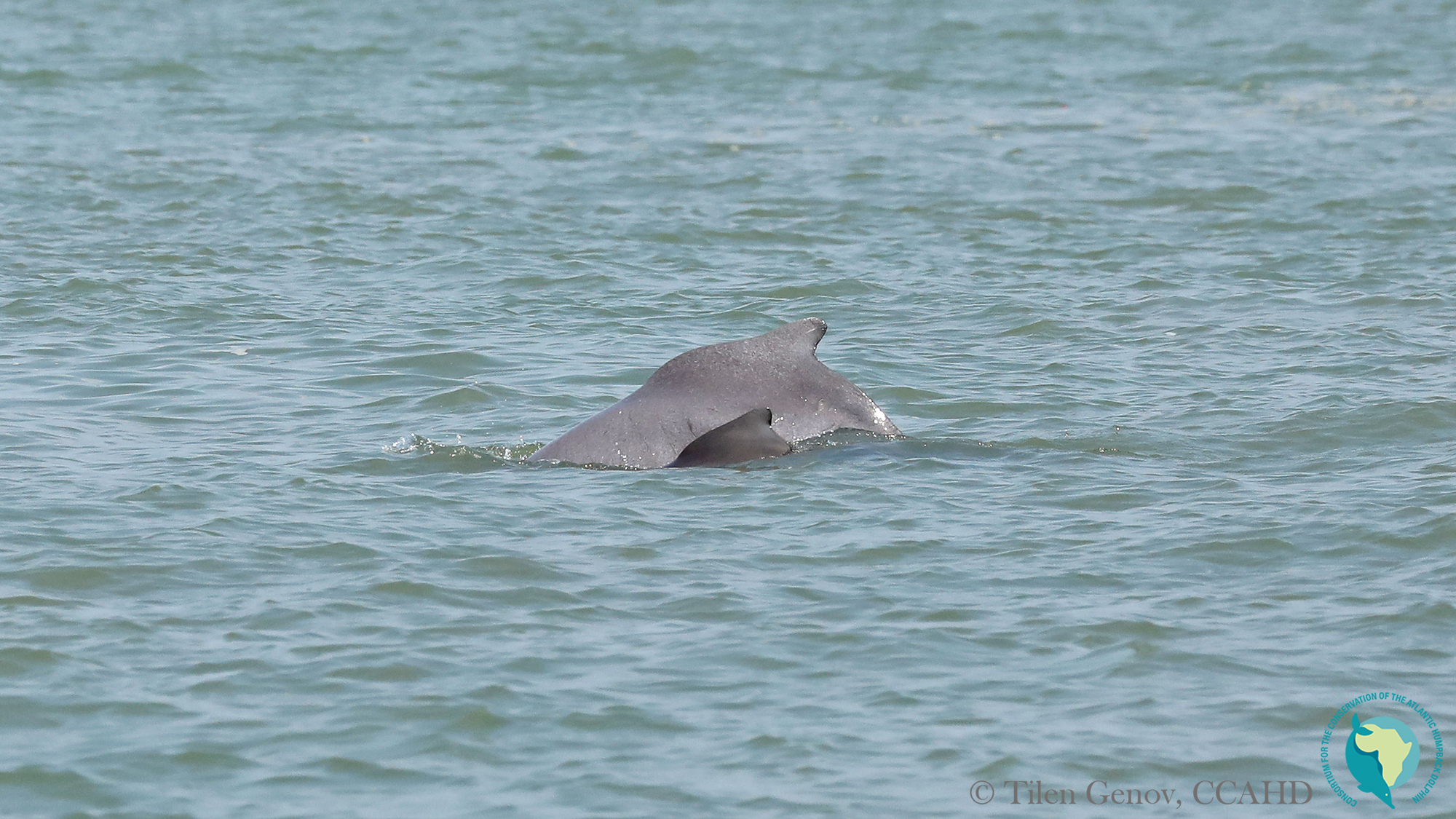 In November 2022 CCAHD, Biotope, CNSHB and Guinee Ecologie continued the collaborative work on the study and conservation of the Atlantic humpback dolphin in Guinean waters. The project is supported by Mubadala Investment Company and its asset GAC and managed by the Mohamed Bin Zayed Species Conservation Fund (MBZ Fund). Following the initial survey in June 2022, the team returned to conduct more boat-based surveys off of the Kamsar Port, Río Nuñez Estuary, and the Tristao Islands in order to collect information on the occurrence, habitat use, numbers and behaviour of Atlantic humpback dolphins.  As during the first survey, the team included a scientist from the national aquatic research centre (CNSHB), and a student working with Guinee Ecologie, who will undertake a masters degree focusing on AHD in Guinea.  As part of the capacity-building component of the project, the team also organized a training session for CNSHB researchers, where Tilen Genov from CCAHD provided an overview of cetacean biology, systematics, species identification, survey techniques and threats.

Over 11 days of boat-based survey effort, the team documented sightings of two groups of 10 and 6 individual Atlantic humpback dolphins off Kamsar and Tristao Islands. Both sightings included calves. The team also documented six sightings of bottlenose dolphins in the same areas.  Project leads, Tilen Genov and Aurore Malapert, are now working with the rest of the team to analyse the sightings in relation to habitat and water parameters, and to compare the photos of individually identifiable humpback dolphins taken in November with those taken in June.  As the project progresses, a catalogue of photo-identified individuals will help the team to track the movements of individuals, and eventually to generate an estimate of the total population size.  As the photo below demonstrates, one sighting was made in close proximity to Kamsar Port, demonstrating how the species’ habitat use overlaps with shipping traffic and other human activities that could present a threat to the dolphins.

The team also met with local and national government agencies and community members to discuss their perceptions and enlist their participation as citizen scientists who can report  dolphin sightings and strandings. The project’s next boat survey is planned for the second quarter of 2023. 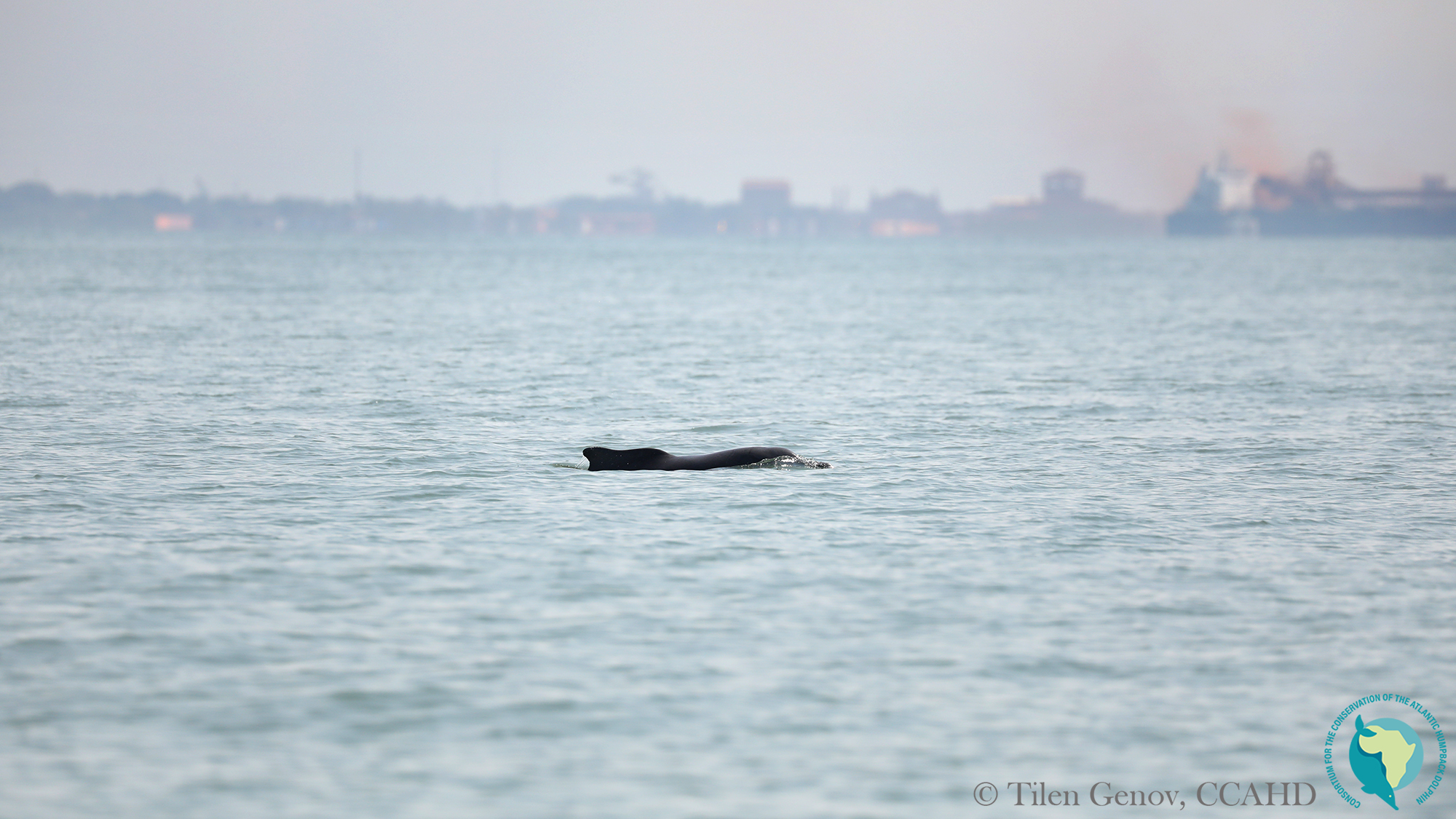 Atlantic humpback dolphin in front of the Kamsar Port, Guinea. 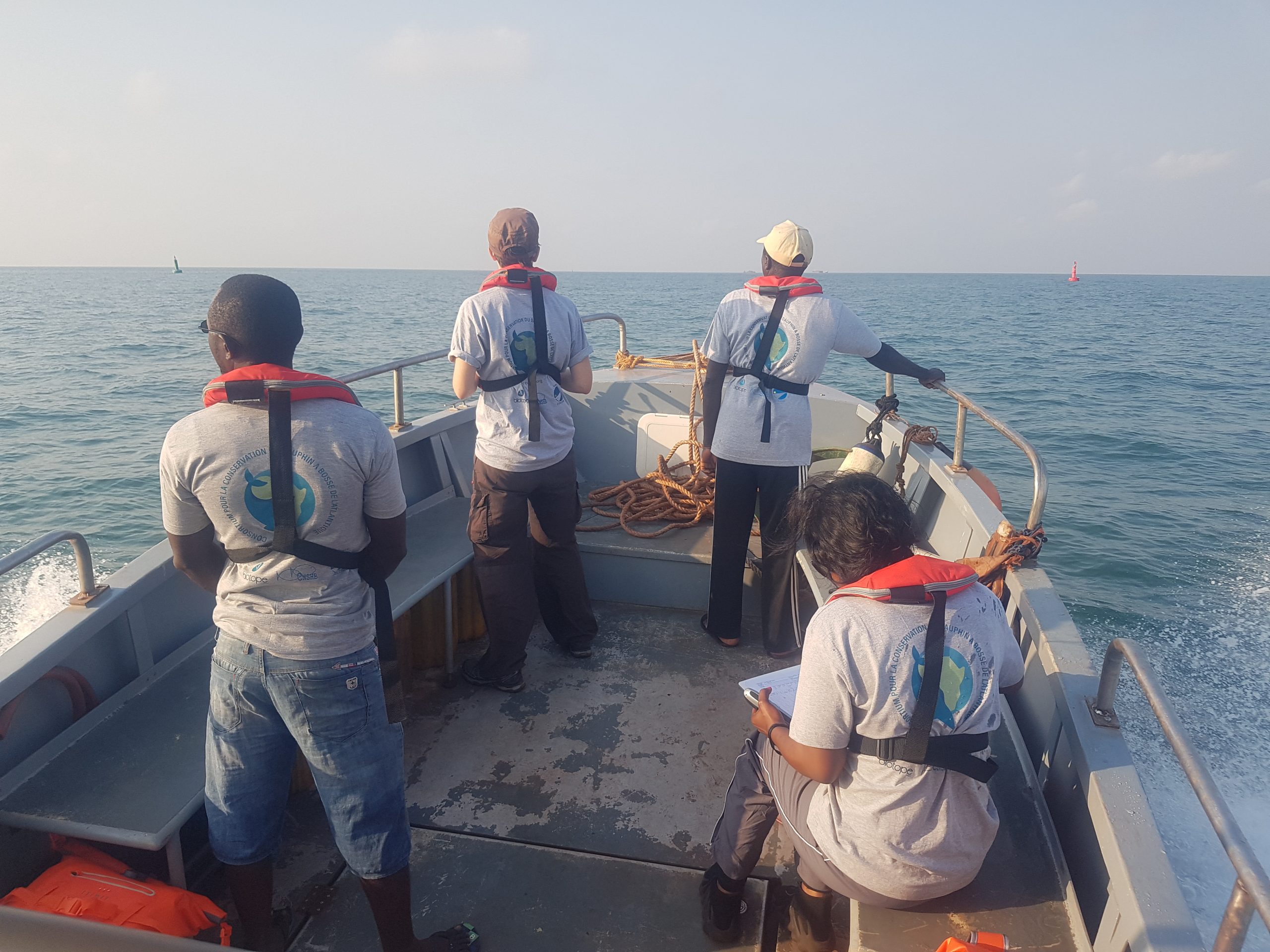 The project team on effort searching for dolphins. Photo courtesy of Tilen Genov. 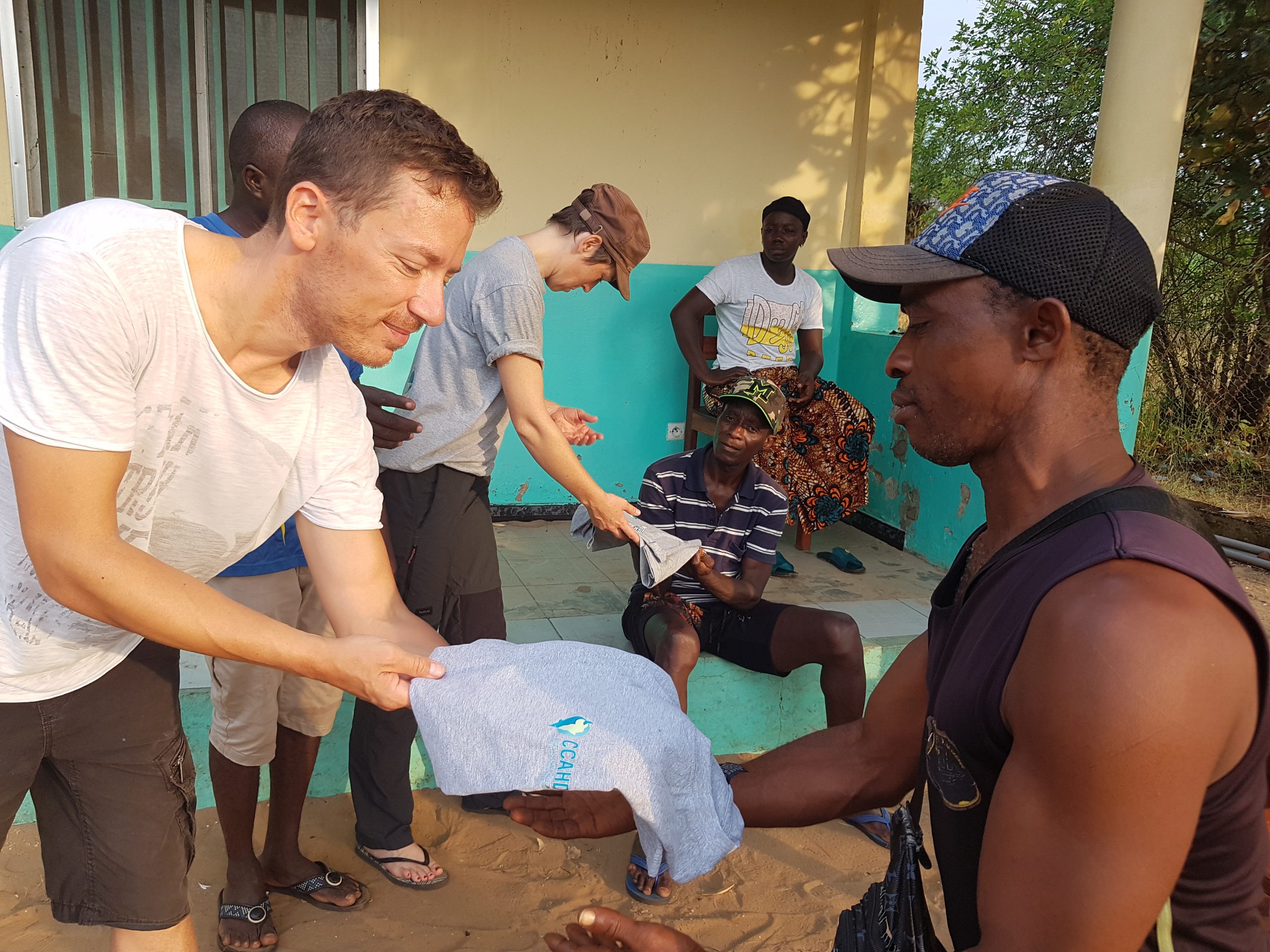