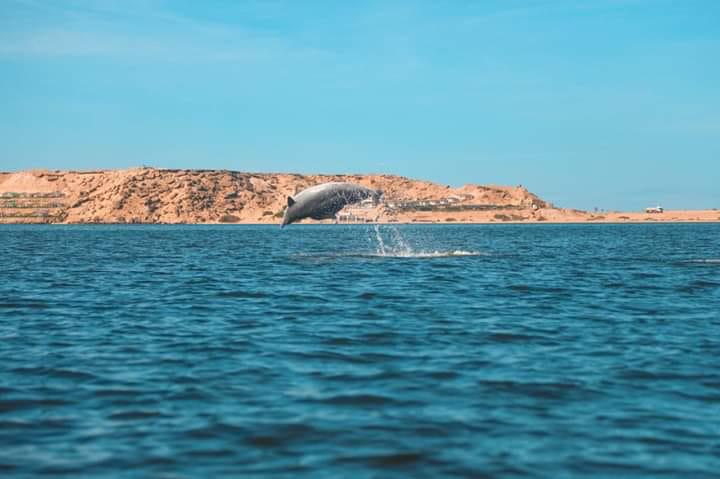 In April 2022, the CCAHD was contacted through its Facebook site by members of the Trouk Youth Association to Protect the Gulf of Wadi Daha (TYA), a small NGO founded by wildlife tour operators with the aim of protecting the marine and coastal environment of Dakhla Bay, Western Sahara (جمعية شباب تروك لحماية خليج وادي الذهب  Trouk is the name of an island in the northernmost portion of the bay).  The message included a link to a video showing a lone Atlantic humpback dolphin (Sousa teuszii- AHD) male swimming with two bottlenose dolphins.   Further communication with the Hamid Bouceta,  Vice President of the YTO, and Mrieh Abdel Wadud (Dahi), who regularly conducts wildlife tours in the area, indicate that they see this lone AHD with its bottlenose dolphin ‘family’ on a regular basis. Members of the TYA say they have been following this male since it was a calf in 1995, when it was regularly seen with a female believed to be its mother. From 1997 onward, this female has not been observed, and the male was always seen alone until 2016 when it started to associate with bottlenose dolphins.

Our big question now is whether this male is the last remaining AHD in the whole of the Dakhla Bay, or could there be more AHD somewhere in the Bay outside of the area where the TYA regularly conduct their tours and activities?

Historically, the AHD population in Dakhla Bay was more numerous.  In February 1996, a group of scientists conducted a cetacean survey in the coastal waters of Western Sahara.  During 750 km of survey effort in the coastal areas between the Cintra and Dakhla Bays, the only cetaceans they observed were inside Dakhla Bay: 6 groups of bottlenose (Tursiops truncatus) and 4 groups of Atlantic humpback dolphins.  At that time, the average AHD group size was 6.9 individuals, and the two species were never observed together.  That survey also documented a dead juvenile AHD that had been entangled in the line of an octopus trap1. 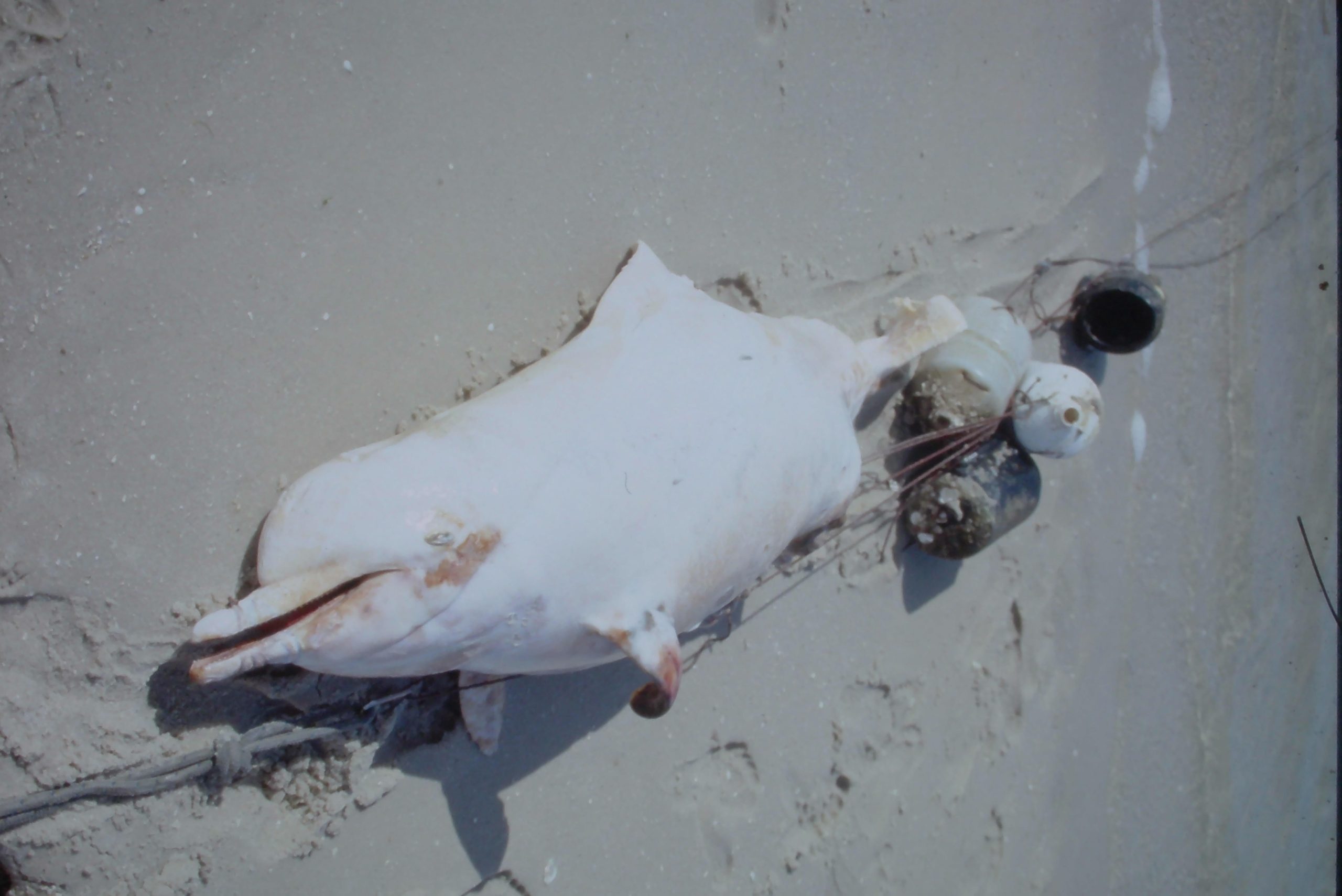 Atlantic humpback dolphin caught in the line of an octopus trap in Dakhla Bay in 1996. Photo courtesy of Giuseppe Notarbarlo di Sciara.

Fourteen years later, in 2010, two bird researchers documented a group of three AHD in the northern end of Dakhla bay, overlapping with the area of the 1996 observations. These authors reported that other bird researchers and local nature groups working in the area in the following years up through 2017 had never seen more than three humpback dolphins at a time2.

Are we witnessing the imminent range decline of Atlantic humpback dolphins? Are they on the verge of being extirpated form the northernmost portion of their range?  There is an urgent need to conduct systematic boat-based and interview surveys in this area in order to better understand A) whether there may be more AHD somewhere in the Dakhla Bay or surrounding area; and B) what threats are, and have been present, that might be contributing to the apparent decline in this population. The CCAHD looks forward to working with the TYA and any other potential partners in the region who can help to mobilize the resources needed for systematic surveys. In the meantime, the CCAHD has Shared resources and protocols with Hamid and Dahi to help them collect data on their vessel tracks and dolphin sightings during their wildlife tours. In the absence of dedicated funding, this will be a way to start documenting the dolphins’ distribution in relation to where the TYA conducts their work.