In September 2021 three conservation organisations submitted a petition to the National Marine Fisheries Service today to list the Atlantic humpback dolphin under the U.S. Endangered Species Act (ESA).  While this Act is part of US law, an official ESA listing, even for species occurring outside the US, can  significantly improve the species’ survival prospects by increasing global awareness, generating funds for important science and providing financial, legal, political and enforcement assistance to local and international conservation efforts.

The petition was submitted by the Animal Welfare Institute (AWI), the Center for Biological Diversity, and VIVA Vaquita (a CCAHD partner). The organisations’ official press release can be found here.  “The Atlantic humpback dolphin is the species of dolphin or porpoise in the most danger of extinction, after the vaquita of Mexico’s Gulf of California,” said Dr. Thomas A. Jefferson, marine mammal biologist for VIVA Vaquita. “Extinction of the Atlantic humpback dolphin is clearly preventable, but in order for the species to survive, we need to help its range countries to take strong and decisive measures to provide adequate protection.” Clarifying how this would work, petition includes the following text:

“Federal listing of this species under the ESA would help ensure prohibition on import, export, or possession of this species by U.S. individuals and corporations. Listing this species could also increase awareness, incentivize research, and/or provide financial, technical and law enforcement assistance for international and local conservation efforts under Section 8. The protections provided by the ESA can help reverse population declines in the Atlantic humpback dolphin and support recovery of the species.”

The petition will now undergo several phases of evaluation, starting with a 90-day review.  If it passes this first stage of review, and becomes a candidate species, there will be opportunities for public comment and support, at which time CCAHD members and a wider network will be encouraged to submit their input.  The next stage of review is a 12-month-long scientific peer review.  Watch this site for future updates and calls for support. 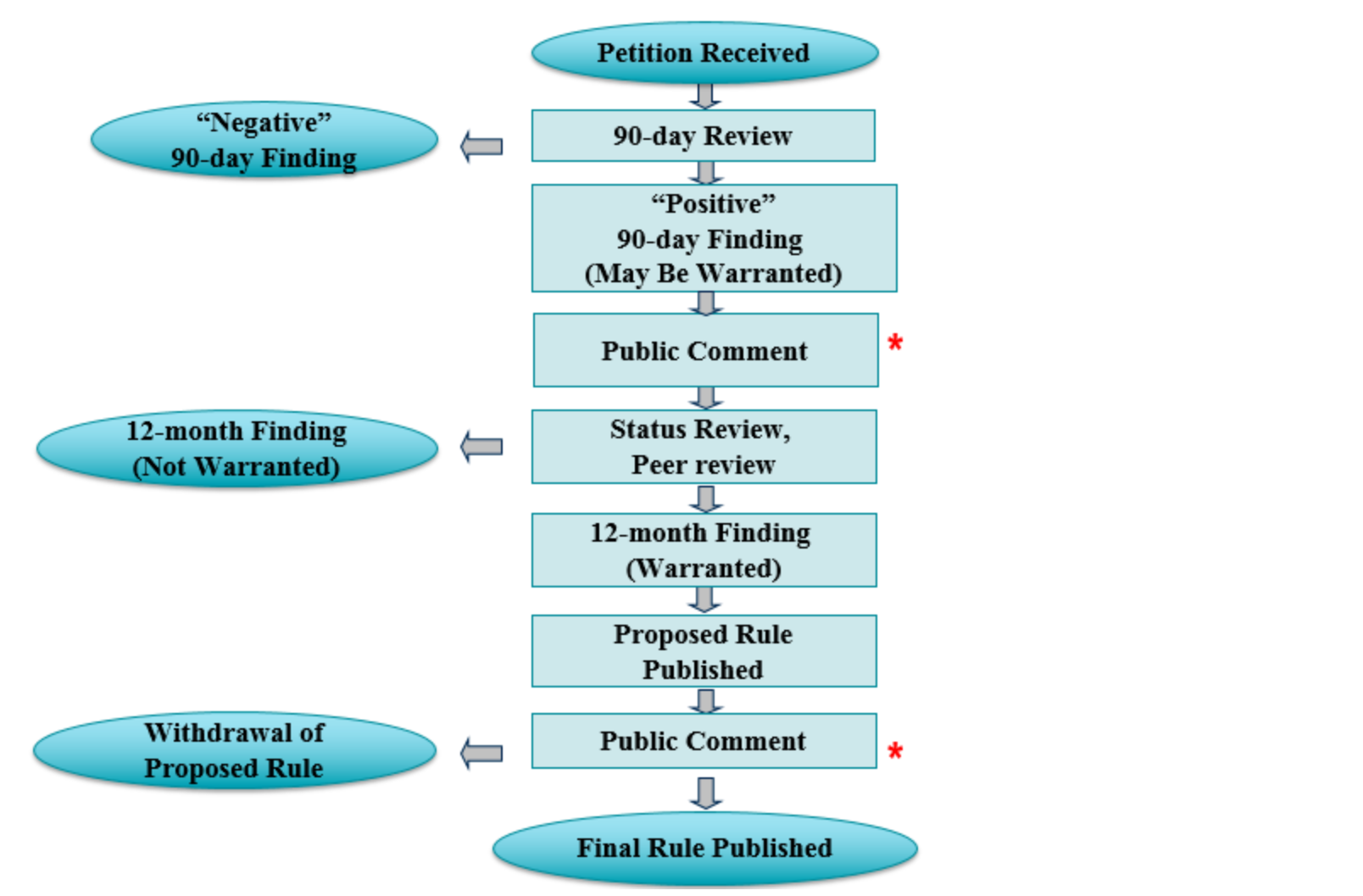 Flowchart detailing the procedure for listing a species as Endangered under the US Endangered Species Act – copied from: https://www.fisheries.noaa.gov/national/endangered-species-conservation/listing-species-under-endangered-species-act. Note the opportunities for public comment, at which time CCAHD members and other supporting organisations can provide expressions of support for the proposal.