On February 21st, 2021, Andrew Lynch and his wife were enjoying time on the beach roughly 25 km west of the Lagos Harbour, when they noticed dolphins just beyond the surf.  They took photos, and upon returning home, looked for ways to share their sighting for use in research and conservation efforts. They found the new website for the Consortium for the Conservation of Atlantic Humpback Dolphins (CCAHD -sousateuszii.org), and used it to report their recent sighting, along with two other sightings made in 2017 and 2018.

This is exciting news for the marine mammal conservation community in Nigeria, and beyond. These sightings represent the first and most reliable reports of Critically Endangered Atlantic humpback dolphins (Sousa teuszii) in Nigeria. Previous reports  were difficult to confirm because they were not supported with good photos, so these new records are incredibly valuable.

In his sighting report, Andrew Lynch wrote “We sighted these Atlantic humpback dolphins about 200 m offshore yesterday, heading east towards Lagos. We were about 25 km west of Lagos Harbour entrance. The time was about 15:00 hrs. They appeared to be a large group, my guess is not less than 20 animals, possibly more, of varying ages / sizes. It is the third time since 2015 I have seen these dolphins off the coast of Lagos, Nigeria, always just behind the surf line and travelling parallel to the coast. In previous sightings they were moving west towards Benin/Cotonou. I hope this information is useful. I was saddened to read how threatened they are. I am living in Nigeria and would be happy to do something to raise awareness for their protection”.

Photo submitted to the CCAHD website: Sousateuszii.org, by Andrew Lynch and Vlad Ionescu, Lagos residents, who reported three sightings of Atlantic humpback dolphins made between 2017 and 2021.

On behalf of all of us at the Biodiversity Preservation Center (BPC), Nigeria (www.briodiversitypreservationcenter.org) I want to thank Andrew Lynch and his family for this heartwarming and scientifically valuable report.  The report has come at the most auspicious time because the Coalition for Biodiversity Conservationists of Nigeria (CBCN) has just opened a new call for the establishment of a Marine Protected Area (MPA) in Nigeria, and these  sightings will help serve as a catalyst for the government and people of Nigeria to develop an MPA with the Atlantic humpback dolphin as a flagship species.

BPC hopes that more members of the public will follow Andrew’s example in sharing these kinds of observations with us, to enable us build a data base for the species for sustainable conservation. 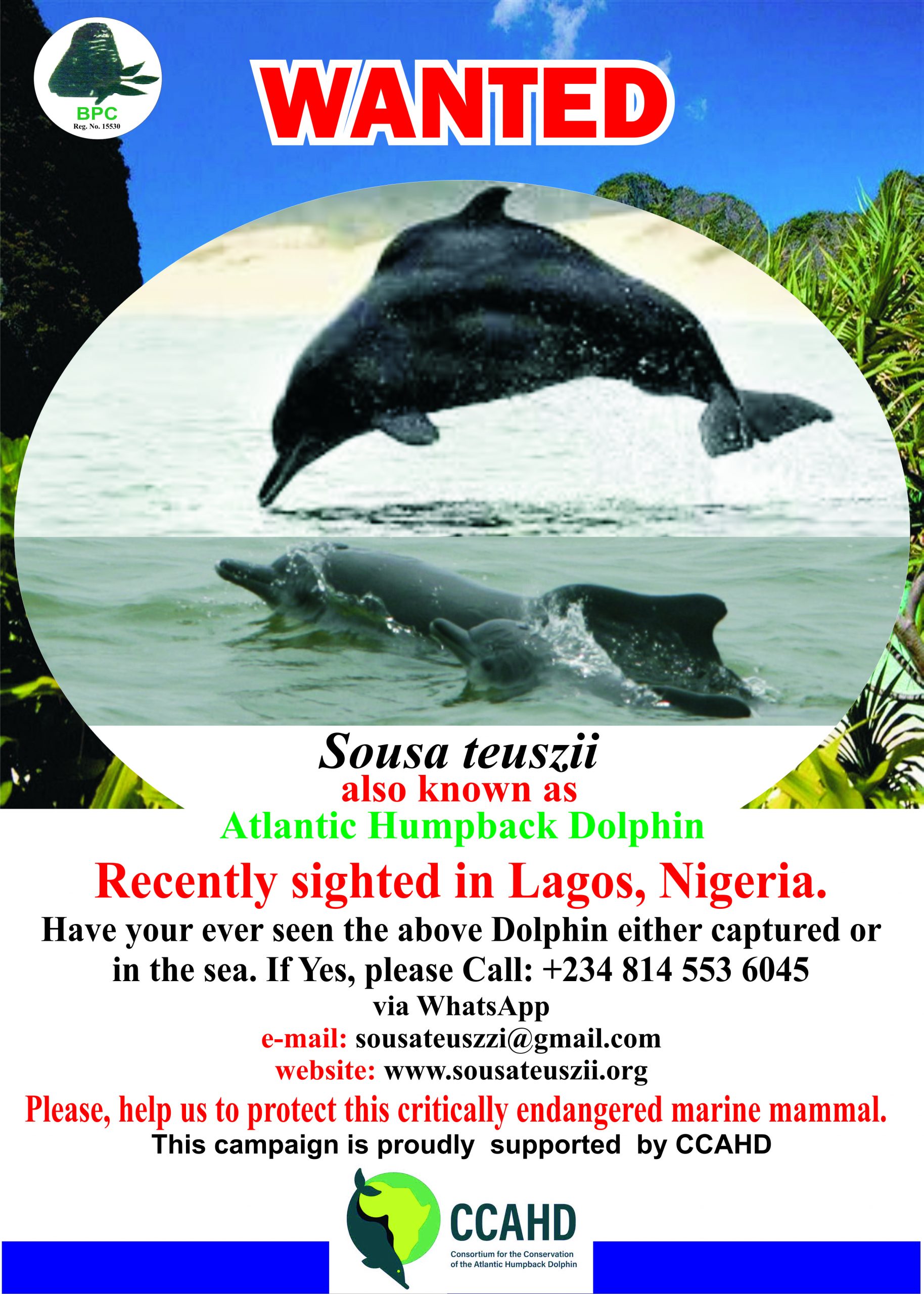